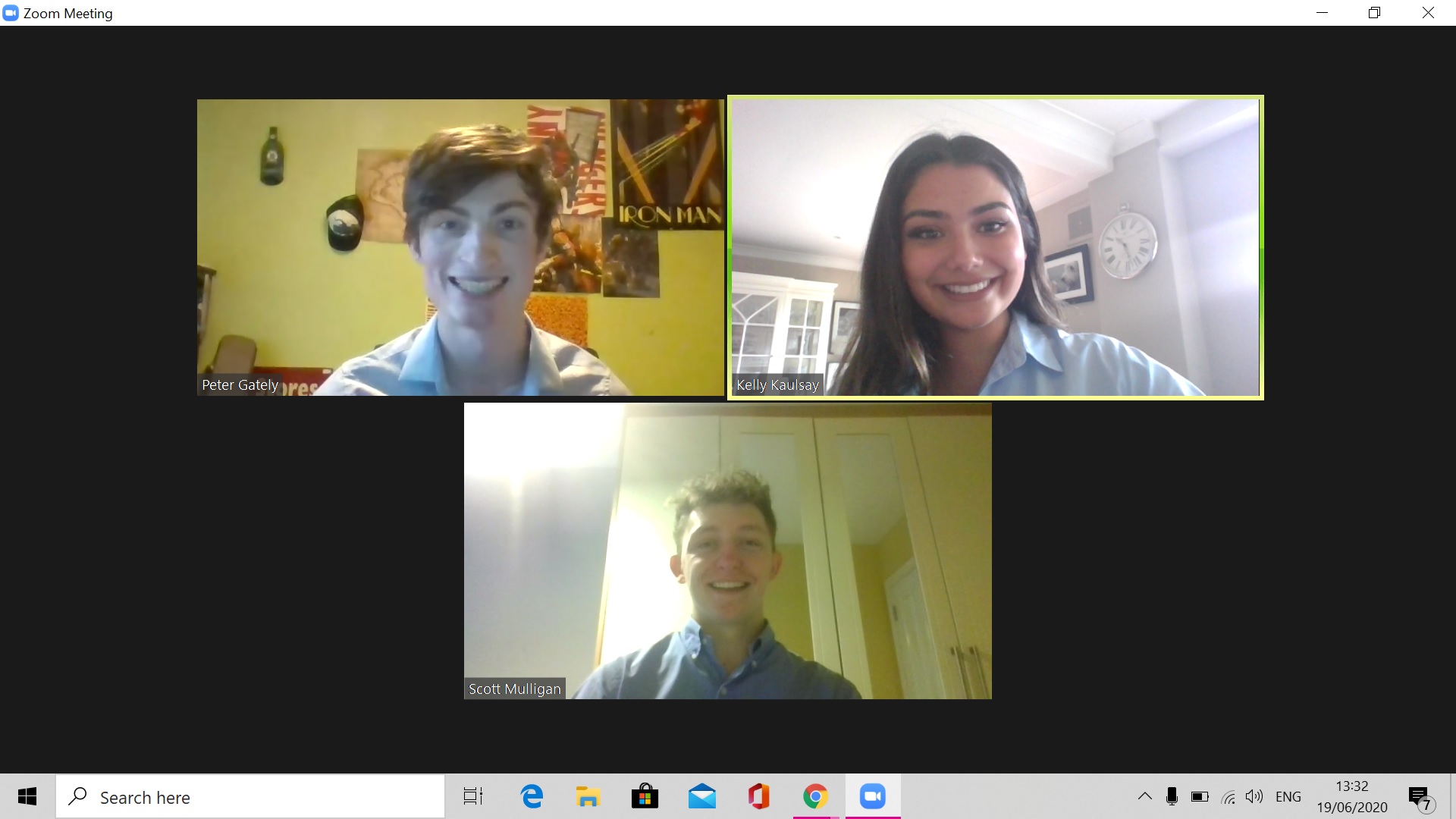 NovaUCD announced that UCD Formula Student (UCDFS) has been declared overall winner of the 2020 NovaUCD Student Enterprise Competition and has won a €5,000 cash prize.

UCDFS is a team of over 50 University College Dublin (UCD) engineering and business students who are working together to build an electric Formula-1 style car to compete in the Formula Student competition, held annually at the iconic Silverstone Circuit in the UK.

Formula Student, which celebrated its 20th anniversary in 2018, is organised and run by the Institute of Mechanical Engineers and is Europe’s most established educational engineering competition. Each year over 100 university teams from around the world travel to Silverstone to take part.

Formula Training is developing an online subscription-based platform for global Formula Student teams to learn the fundamentals they need to contribute to and compete in the Formula Student competition.

Peter Gately said, “Teams in the Formula Student competition spend thousands upon thousands of hours each year designing, financing and building their race car. Despite this, there is no formally established product or service available to help teams to train new recruits, or to guide new teams taking part in the competition.”

Kelly Kaulsay said, “With Formula Training we are developing a customisable platform for teams taking part in Formula Student. We are creating a platform with a dedicated video lecture bank, articles and advice forums related to the competition. Competing teams will be able to privately upload their own content, for their own team members, to supplement our content, and thus solidify our platform as the universal learning environment for Formula Student teams.”

Scott Mulligan said, “We are delighted to have won the 2020 NovaUCD Student Enterprise Competition and the cash prize will now enable us to create many hours of video content for the platform. Our goal is simply to provide an educational platform for students who are as passionate about cars as we are and who want to take part in Formula Student competition.”

Peter Gately added, “This year’s live Formula Student event, scheduled to take place next month in Silverstone, has been cancelled due to COVID-19. We in the wider UCD Formula Student team are now focused on working on our entry for next year’s competition.”

The NovaUCD Student Enterprise Competition is an intensive 4-week mentoring programme for student entrepreneurs. The programme (formerly known as the UCD Start-Up Stars Programme) is now in its 6th year and is run by NovaUCD as a framework to support undergraduate and postgraduate students who want to work together to develop and grow start-up companies.

NovaUCD is the university’s Centre for New Ventures and Entrepreneurs.

The aim of the competition, which this year was run virtually due to the COVID-19 pandemic, is to assist the participating students in refining their start-up ideas through a series of structured workshops, including taught content from industry experts, interactive workshops, regular pitching sessions and mentoring.

Twelve (12) early-stage students ventures and 30 participants took part in the competition. As the competition was held virtually the participating students were located across Ireland and also in, China, France, India, Italy and the USA.

Tom Flanagan, UCD Director of Enterprise and Commercialisation, NovaUCD said, “During the last 4 weeks this group of talented and entrepreneurial students came together virtually to further develop and refine their start-up ideas. I now look forward to seeing many of these early-stage ventures move forward to successful market launch. I would like to congratulate the UCD Formula Student team on winning the 2020 NovaUCD Student Enterprise Competition and I would like to commend all the students who participated in the programme.”

UCDFS was declared overall winner of the competition following final pitches to a judging panel. Two other participating start-ups, Uni21 and Daysier, were announced as second and third place winners and receive €3,000 and €2,000 cash prizes respectively.

Uni21 is developing an app that transforms students’ lecture material into multiple choice questions (MCQs) and allows students to play against their fellow classmates, to promote active learning and enhanced memory retention.

Daysier is developing a recommender systems-based app to provide people who work remotely with personalised workday schedules, including breaks, taking into consideration their individual work styles and preferences, as well as their weekly workload, while helping them maintain social connections. The members of the Daysier team are, Ciara Feely and Courtney Ford, both PhD students in the UCD School of Computer Science.

The 9 other early-stage ventures taking part in this year’s competition each receive a €1,000 cash prize for completing the programme.

Over 40 early-stage ventures and over 100 students have now completed the NovaUCD Student Enterprise Competition over the last 6 years.

Last week, Charlie Gleeson the founder and CEO of Zipp Mobility, who completed the 2019 NovaUCD Student Enterprise Competition, announced the closing of €300,000 seed funding round to focus on the UK e-scooter market.