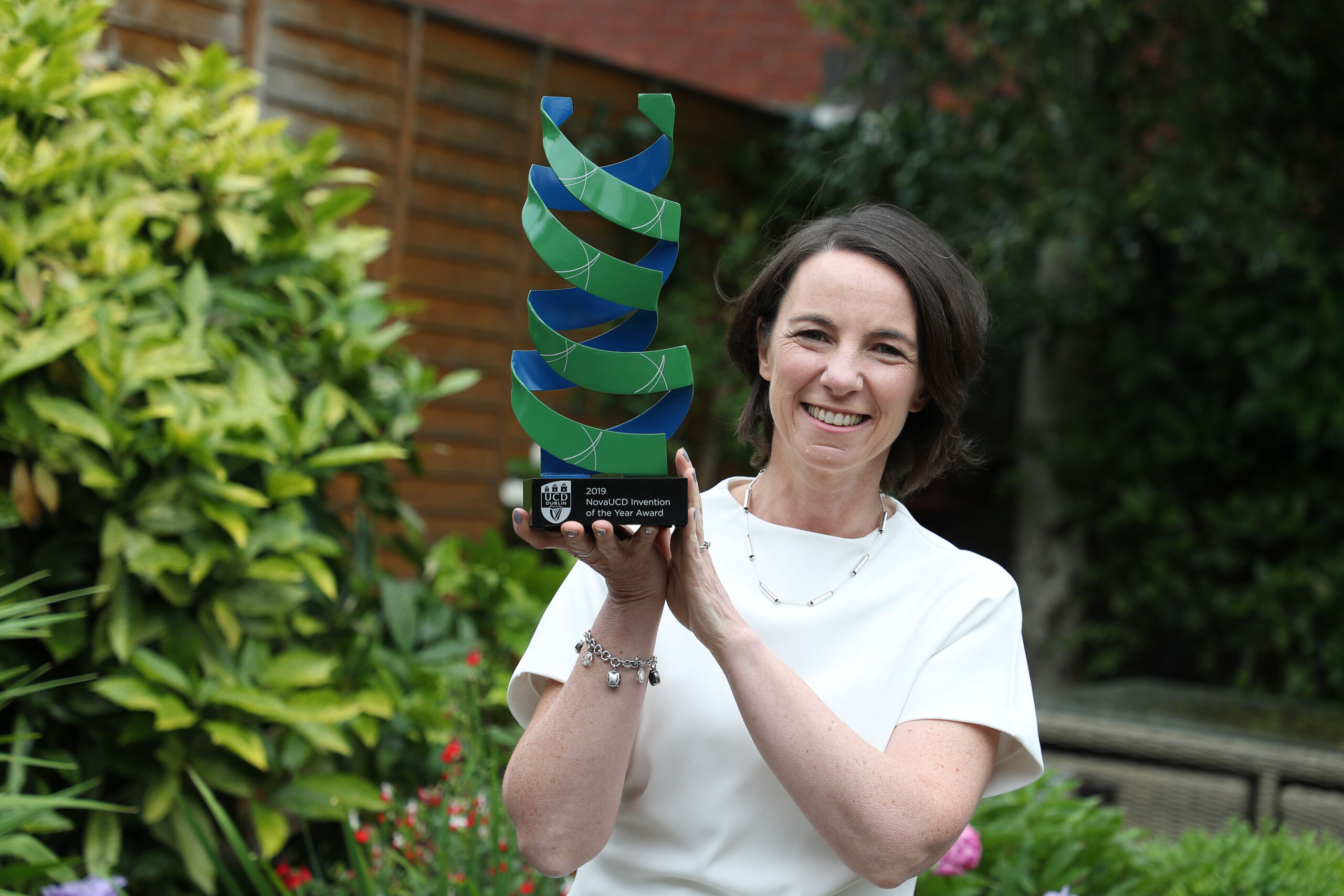 Bobby Healy the founder of Manna, the drone delivery ‘as-a-service’ company, and the founders of Output Sports, the sports technology company, were among those who recently received NovaUCD Innovation Awards, in recognition of achievements made during 2019.

A total of 7 Awards, including the main 2019 NovaUCD Innovation Award, were announced during a virtual event, to highlight successes made in areas of commercialisation, consultancy, entrepreneurship and the promotion of an innovation culture, by members of the UCD community.

The Awards were due to be presented at an event in March which was cancelled due to the COVID-19 pandemic.

Professor Orla Feely, UCD Vice-President for Research, Innovation and Impact said, “I would like to congratulate all those who have received NovaUCD 2019 Innovation Awards. These Awards were established to recognise and highlight the successes being made by members of our research and entrepreneurial community across the University. I wish them all continuing success in the years ahead as they continue to deliver impact for the economy and society through their commercialisation, consultancy, entrepreneurial and innovation activities.”

The main 2019 NovaUCD Innovation Award, which recognises excellence in innovation or of successes achieved in the commercialisation of UCD research or other intellectual activity over a number of years, was presented to Dr Fergal O’Reilly, who has been a researcher in the UCD School of Physics since 2005.

Following the submission of a number of invention disclosures and the subsequent patenting of the disclosed technology by UCD, Dr O’Reilly co-founded SiriusXT with Dr Kenneth Fahy, Dr Paul Sheridan and Tony McEnroe based on the results of his research activities on soft x-rays and liquid optics over a near 10-year period.

SiriusXT, a UCD School of Physics spin-out company, has created the first commercial, laboratory-based, soft x-ray microscope which can produce high resolution 3D images of cells and tissue that cannot be produced any other way.

The microscopes are being marketed primarily to researchers working in disease research and drug discovery and can be used by disease researchers, pharmaceutical companies, biotechnologists and clinicians to aid the understanding of disease pathways, protein-drug interactions and bio-engineering processes.

The award-winning company, an Enterprise Ireland high potential start-up, has raised over €10 million in grant and equity funding. This includes just over €4.5 million in blended (grant and equity) funding recently awarded to the company from the European Innovation Council (EIC) Accelerator Pilot programme.

Dr Fergal O’Reilly, UCD School of Physics said, “I am delighted and deeply honoured to receive the 2019 NovaUCD Innovation Award. I am extraordinarily lucky to be part of a group of colleagues

in the UCD Spectroscopy Group, UCD School of Physics and in UCD generally who make our combined efforts in soft x-ray research such a productive pleasure.”

“I am so privileged to be able to contribute to the great team at SiriusXT who are developing critical imaging tools that will unpick biological mysteries that impact us all. Finally and fundamentally I would like to acknowledge the huge ongoing support I receive from my family.”

The recipient of the 2019 NovaUCD Invention of the Year Award is Professor Madeleine Lowery, UCD School of Electronic and Electrical Engineering. Professor Lowery received the Award for her Handalysis invention, a new approach to rate the decline in motor function for neuro-degenerative disorders such as Parkinson’s and Huntington’s disease. (See further information below).

The recipient of the 2019 NovaUCD Spin-out of the Year Award is Output Sports. Output Sports has developed an end-to-end solution, using advanced signal processing and machine learning techniques, that can test multiple components of athletic performance and track training programmes using a single wearable sensor.

The company was co-founded by Dr Martin O’Reilly, Dr Darragh Whelan, Julian Eberle and Professor Brian Caulfield as a spin-out from UCD School of Public Health, Physiotherapy and Sports Science and Insight, the SFI Research Centre for Data Analytics.

By the end of 2019 Output Sports prototypes were being used by over 40 professional teams including international and premier league football teams, professional rugby organisations and Olympic athletes, in Ireland, the UK and USA. (See further information below).

They were presented with this Award for a consultancy study commissioned by Toyota Ireland, through ConsultUCD, to investigate the energy behaviour of the Toyota Prius IV hybrid vehicle. (See further information below).

The recipient of the 2019 NovaUCD Founder of the Year Award is Bobby Healy, founder and CEO of Manna, the drone delivery ‘as-a-service’ company, who in 2019 closed a $5.2 million (€4.6 million) seed funding round, led by US-based Dynamo VC. (See further information below).

On receiving the 2019 NovaUCD Founder of the Year Award, Bobby Healy, CEO, Manna, said, “It is a pleasure to receive this recognition from such an esteemed institution as UCD. Manna is indeed a highly innovative business, and a team-led business, so I graciously accept this recognition on behalf of the whole founding team in Ireland and Wales.”

The recipient of the 2019 NovaUCD Innovation Champion of the Year Award is Professor Suzi Jarvis, founding Director of the UCD Innovation Academy.

The UCD Innovation Academy, while only established in 2010 now works with 1,000 learners each year, from UCD undergraduates to PhD students to industry professionals, instilling creativity, innovation and entrepreneurship to an ever growing number of people. (See further information below).

The recipients of the 2019 NovaUCD Licence of the Year Award are; Professor Eoin Casey and Dr Eoin Syron, UCD School of Chemical and Bioprocess Engineering and Dr Barry Heffernan for the licensing of the Membrane Aerated Biofilm Reactor (MABR) technology to OxyMem.

In December 2019 DuPont announced that it had exercised its option to acquire full ownership of the company, a significant milestone for the company and only 6-years since the MABR technology was licenced by the University to OxyMem. (See further information below).