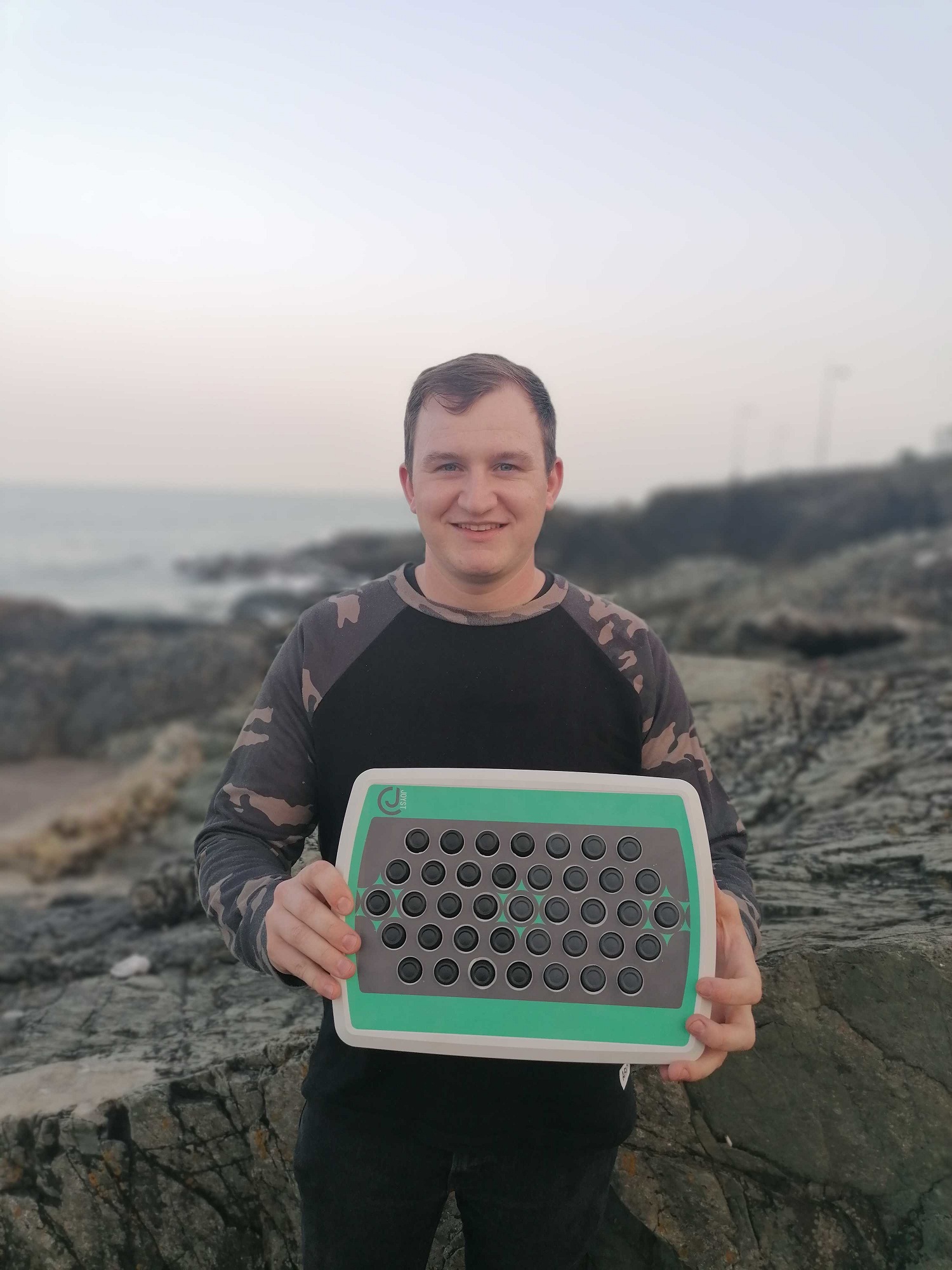 Link to the Kickstarter campaign here

The Joyst JV-1 MIDI controller provides an array of gamer-style thumb joysticks to give more expressive possibilities for electronic musicians. Notes are played by striking the joysticks, if one is then rotated, this pitchbends that note up or down. Using joysticks in this role is a very new approach for a MIDI controller, which significantly increases a musician’s ability to play with subtle intonation and expressive flourishes.

To find out more about the JV-1 watch this short video:

The JV-1 has emerged from a Master of Engineering thesis project carried out by Philip Snell under the supervision of Dr Paul Cuffe at the UCD School of Electrical and Electronic Engineering.

Philip Snell, CEO and co-founder, Joyst, said, “From day one, the vision for the JV-1 has been simple, electronic music with no creative compromises. Why can’t a MIDI controller let you bend notes like an electric guitar? Even on the earliest prototype, we could see the power of joysticks in this role. They allow the player to inject subtlety and fine intonation into their playing, with a tactile and responsive feel. The buttons and pads you find on traditional MIDI controllers are just too one-dimensional, sterile and overly digital. Joysticks restores what was lost, a full range of motion, a responsive springiness, organic bends, fresh sounds. Electronic music in full colour.”

Joyst was co-founded by Philip and fellow UCD Master of Engineering graduates, William Langrell and Edward Byrne, along with Dr Cuffe, to commercialise the JV-1 MIDI controller.

Through its Kickstarter campaign launched recently, Joyst has set a minimum funding target of €12,500 to be raised by the close of the campaign on 5 November. Backers will be rewarded with various reward tiers if the project is funded. Discounts are on offer for the earliest backers, who can secure a JV-1 for just €199, a significant discount on its RRP of €349.

William Langrell, COO and co-founder, Joyst said, “We’ve been through several good rounds of prototyping now so we are now ready to present JV-1 to the world through our Kickstarter campaign. We are super excited about the JV-1 so we are asking people to back this project today to help us meet, and hopefully even exceed, our Kickstarter target and get the JV-1 into the hands of talented musicians around the world.”

Joyst has been established with the support of NovaUCD, the Centre for New Ventures and Entrepreneurs at UCD and earlier this year Joyst completed the NovaUCD Student Enterprise Competition.

This intensive 4-week mentoring programme is run by NovaUCD as a framework to support undergraduate and postgraduate students who want to work together to develop and grow start-up companies. Its aim is to assist the participating students in refining their start-up ideas through a series of structured workshops, including taught content from industry experts, interactive workshops, regular pitching sessions and mentoring.

Joyst will also be taking part in this year’s UCD VentureLaunch Accelerator Programme, run by NovaUCD, which commences later this month.