Sponsored by Bank of Ireland, and The Hatch Lab, the Techstars Startup Weekend recently took place in The Hatch Lab, Gorey, Co Wexford on Friday 23rd to Sunday 25th February 2018.

Startup Weekend Gorey began on Friday night with John O’Connor, CEO, The Hatch Lab and David Tighe, Head of Innovation, Bank of Ireland welcoming all participants. David advised the budding entrepreneurs to validated their ideas and to enjoy the weekend.

Our mission is to inspire change in the lives of entrepreneurs like you.

She encouraged everyone to present a one minute pitch and to try get to know each other.  At first, participants were a little hesitant to share their ideas and solutions. However, with a lot of reassurance and support the creative juices started to flow and lots of innovative ideas were presented. When the pitches were finished the voting began. The four ideas that received the most votes were brought forward to the next stage of the process. Teams were formed and the magic began.

On Saturday the teams met again. They started to brainstorm and dig deeper into their business ideas. They began to research and validate them. Expert coaches, speakers and mentors were on-site to help throughout the day.

Even though the NatWest Six Nations rugby match between Ireland and Wales was being played that afternoon it didn’t distract the teams from their work. They remained committed, focused and determined to find the best solutions to the problems they had identified. After a long, productive and intense day, the focus turned to finalising their research, building prototypes, MVPs, validating their findings and preparing their pitches for the following day.

On Sunday the teams continued their hard work. They put the final touches to their presentations and the excitement began to build.  Everyone gathered to hear how the four ideas were being turned into potential startup businesses. The judges arrived in the afternoon, and the teams began to pitch. 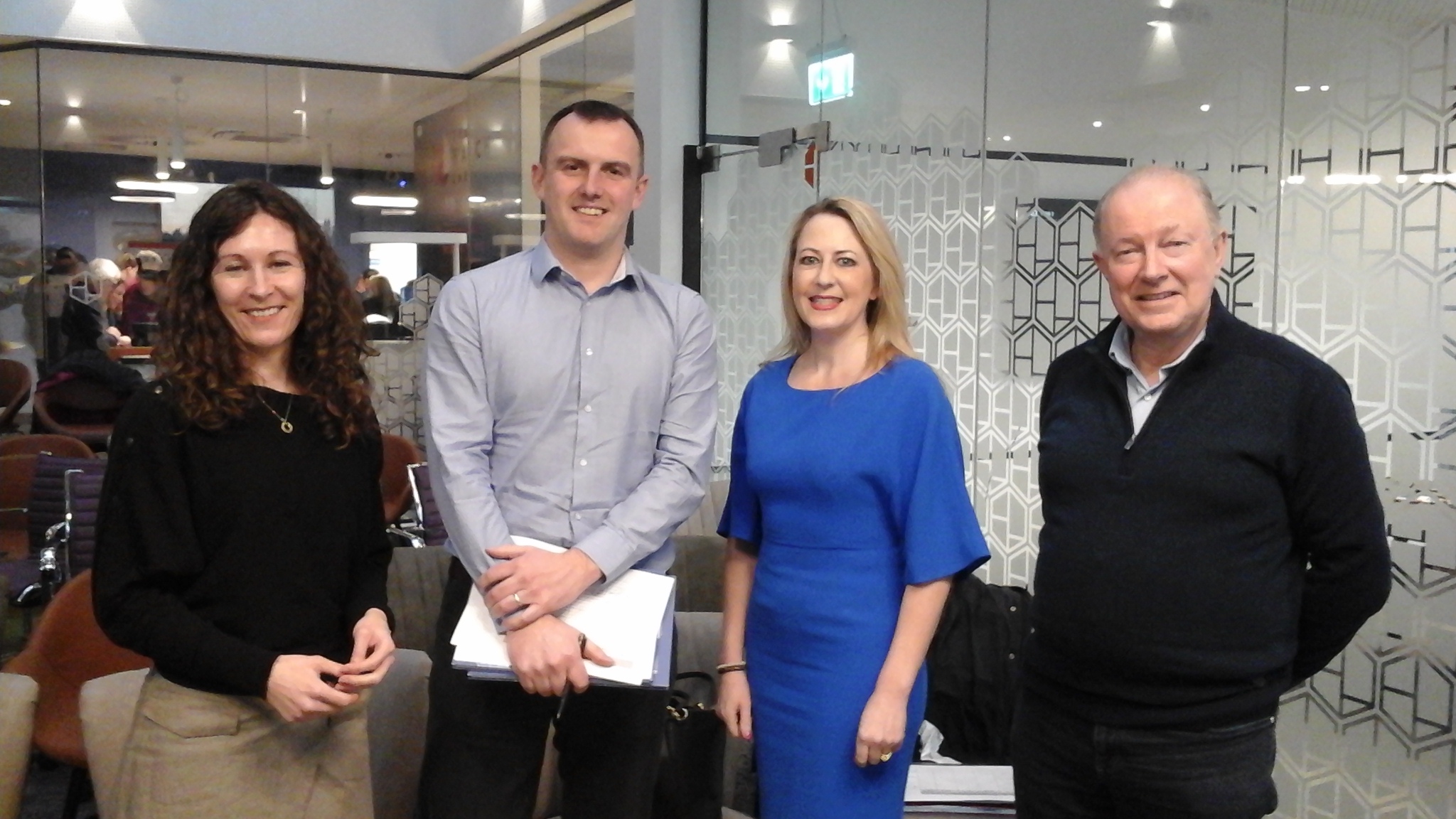 In brief, the four startup business ideas were:

1. Motorbike Safety: An electronic device that can be attached to an off-road motorbike. When connected to a mobile app it can improve the rider’s performance and safety.

2. AltraAid: A device that automatically detects and instantly warns carers if an elderly person falls – wherever the incident happens.

3. Plantar: A new innovative way of taking care of plants.

4. QLess: An app enabling people to pre-order drinks at a bar.

The judges then deliberated and selected a winner. Before announcing the winning team, they shared some feedback and advice with the entrepreneurs to help them further develop their business ideas. The winning team announced was:

QLess
QLess is an integrated cash till and app system to help speed up the process of buying and serving drinks at a bar. It is designed to:

The winners and the runners-up were all congratulated for their hard work, business ideas and final pitches. As the 54 hours of the first Startup Weekend Gorey came to an end, John O’Connor, CEO, The Hatch Lab thanked everyone who organised, participated in and contributed to a very successful event.  The celebrations then began.

The Hatch Lab is based in Gorey, Co Wexford and is a space for ideas and businesses to grow.