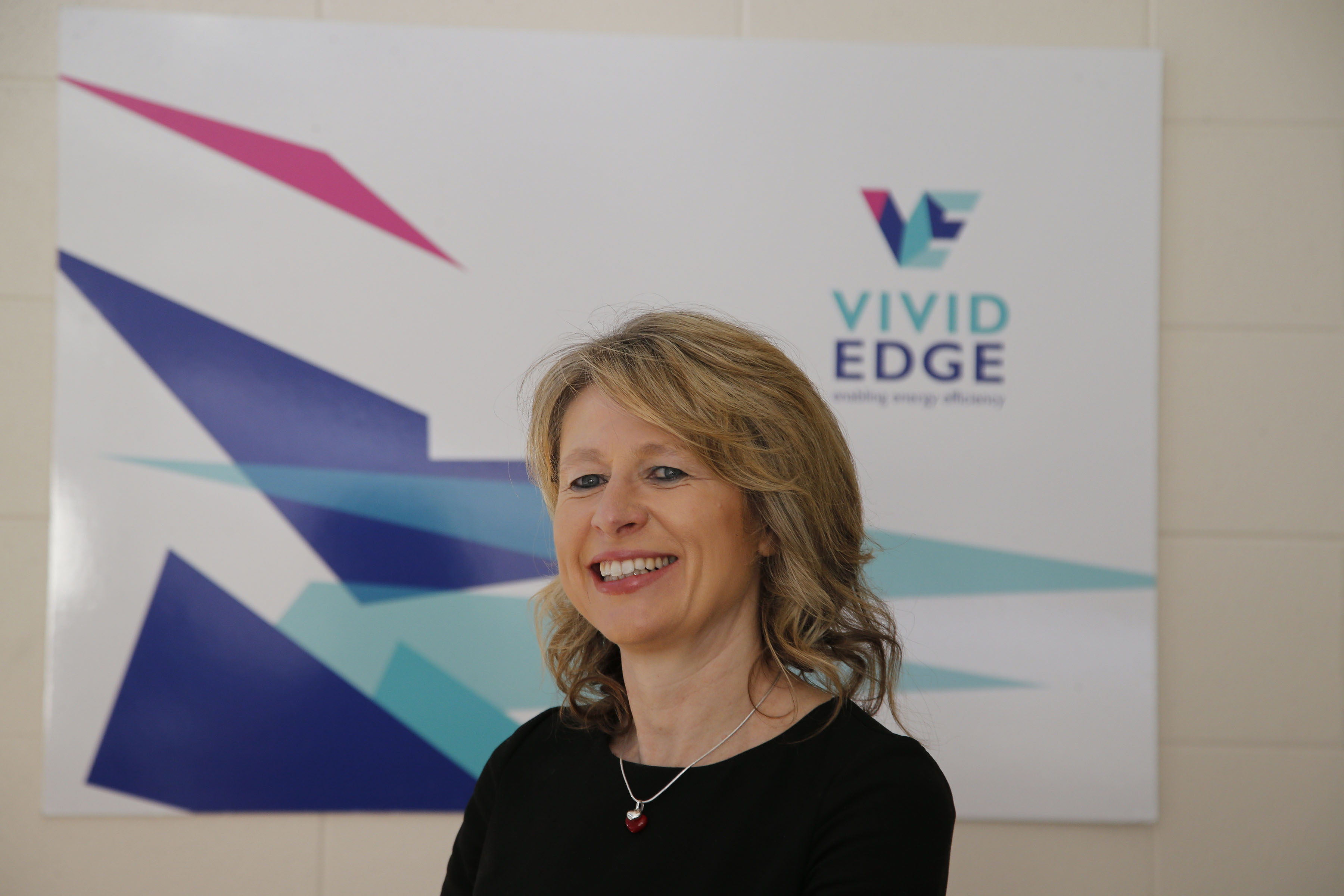 Irish entrepreneur, Tracy O’Rourke, CEO and Founder of Vivid Edge, an energy efficiency specialist company, has been named as a finalist of the prestigious 2019 Cartier Women’s Initiative.

The Cartier Women’s Initiative is an annual global business competition established in 2006 to identify, support and encourage female entrepreneurs who are working to solve contemporary global challenges.

Tracy O’Rourke is the only Irish entrepreneur shortlisted for the Europe Award alongside two other entrepreneurs, one from France and one from Switzerland.

Vivid Edge, established in 2015, has developed a pioneering ‘energy efficiency as a service’ model for organisations which use large amounts of energy. The company provides the capital to enable organisations to upgrade the efficiency of their buildings, beyond their own capital budgets, replacing such expenditure with a simple service fee.

To date Vivid Edge has secured the backing of a large European energy efficiency fund with an initial €30 million project funding facility and has completed projects with private and public sector organisations, generating a multi-million euro revenue stream.

Tracy O’Rourke, founder and CEO, Vivid Edge said, “I am delighted to be one of only 21 female entrepreneurs from around the world, who are all working to tackle a range of global challenges, to have been shortlisted for this year’s prestigious Cartier Women’s Initiative. I am now looking forward to meeting all the other finalists during the Awards week in San Francisco commencing at the end of April.”

She added, “We have an exciting sales pipeline reaching into Europe, Middle East and Africa. We help organisations, in Ireland and around the world, to mobilise energy efficiency projects that may not otherwise happen. We help ensure they make commercial sense and have a positive economic and environmental impact.  This is thinking smart, thinking global and thinking of the next generation.”

Cyrille Vigneron, CEO, Cartier International, said, “With the Cartier Women’s Initiative, our company seeks to support women all around the world and thus honour values that are deeply anchored in the culture of our Maison: curiosity, audacity, and openness.”

“Sharing the dreams of these women and being a part of their lives is both a source of responsibility and one of pride for us. This community of women and the success achieved by their side inspires us to go even further in striving for a world enriched by diversity.”

The winners of the 2019 Cartier Women’s Initiative Awards will be announced at an Awards ceremony which takes place in San Francisco’s Fort Mason Centre for Arts and Culture on 2 May.

Each of the 7 regional Award winners will receive US$100,000 in prize money, with the remaining 14 finalists each receiving US$30,000. All 21 finalists will also receive personalised mentoring, media visibility, networking opportunities as well as a place on an executive INSEAD programme.