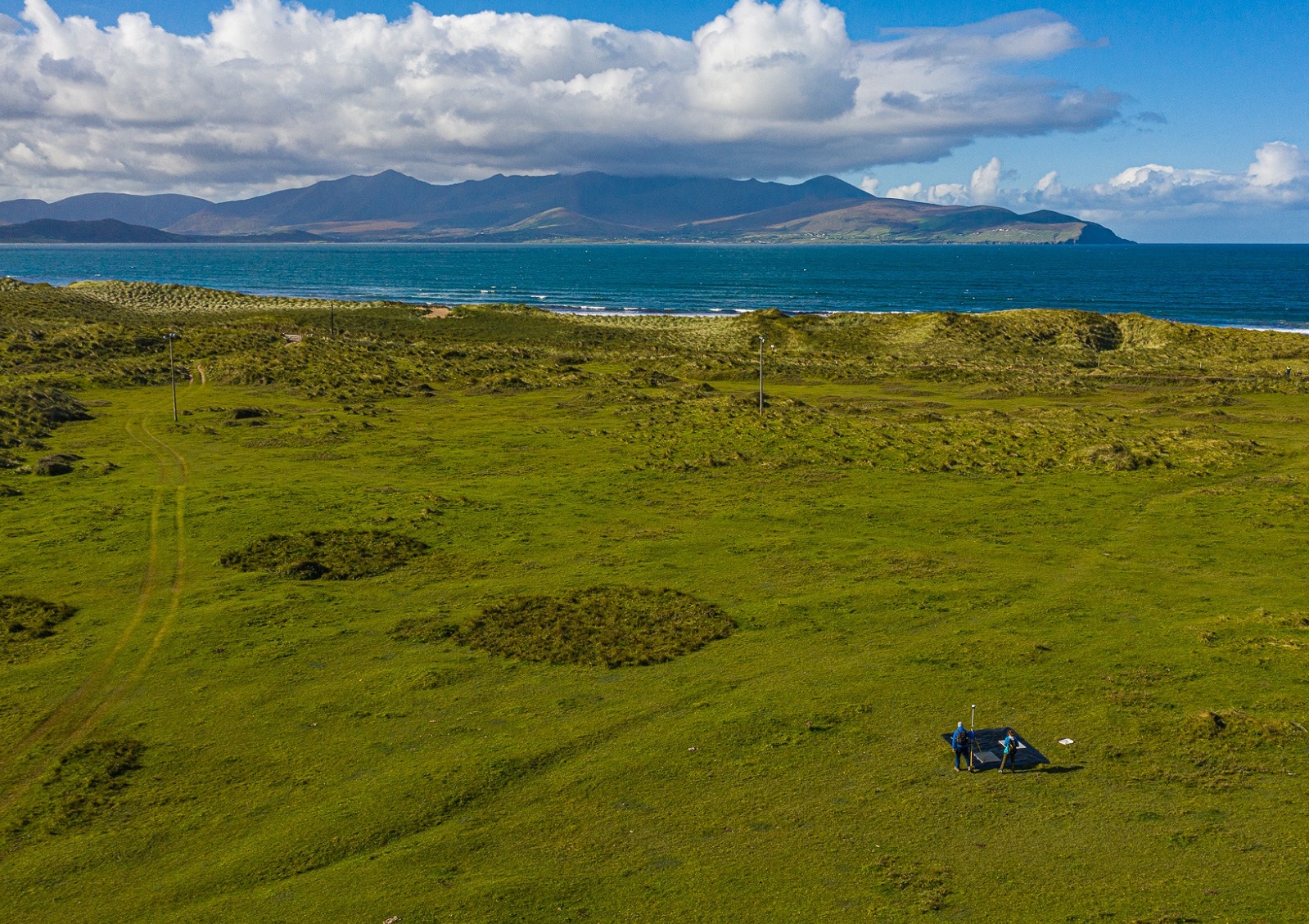 ProvEye using drones to map and monitor habitats in the Maharees, Co. Kerry with the Brandon Mountains in the distance. (Source: ProvEye).

An Irish team, including ProvEye, a University College Dublin (UCD) spin-out, has secured €250,000 in European funding to develop a new way to map and monitor threatened habitats, using drones and machine learning.

The project, which uses drones to survey natural habitats, is hoping to unlock the potential to automate the mapping of critical habitats that are under threat, saving time and money while also allowing the Irish government meet legal EU requirements to protect ecosystems.

ProvEye uses advanced software to derive detailed data from images collected from drones and other platforms. The company, headquartered at NovaUCD, was established by Professor Nick Holden and Dr Jerome O’Connell as a spin-out from the UCD School of Biosystems and Food Engineering.

The motivation for the project comes from the increasing need for high-quality habitat maps to monitor the status of protected habitats. Regular mapping results in valuable information essential for the conservation of ecosystems.

Biodiversity loss globally is estimated between 25-40% with over 75% of the world’s land now having been changed by human activities. Habitats are now under significant pressure from human activities including conversion to agriculture and climate change.

The sustainability of these biodiversity areas is in a precarious position and areas, such as nature reserves, which are protected under national and/or European law, need routine monitoring to assess their long-term sustainability and to discover what is causing habitats to be destroyed at such alarming rates.

The European Union requires member states, including Ireland, to periodically produce maps for the status of threatened habitats in Europe. This project aims to propose and analyse the power of novel Machine Learning-based models for mapping several protected habitats in Ireland.

Monitoring of habitats using traditional feet on the ground is very expensive and time consuming. Traditional techniques in remote sensing cannot efficiently handle the volume of earth observation data now available. Machine learning offers the potential to map and monitor the botanical complexity of these fragile habitats in much more efficient ways.

Dr Jerome O’Connell, Managing Director, ProvEye said, “This project is at the cutting edge of this research area as we look to test the ability of UAVs (drones) and satellites to map and monitor Ireland’s most threatened habitats. Leveraging specialised imagery taken across five test sites in Ireland, the team will build machine learning tools that can automatically map and monitor the status of these habitats over time, enabling the Irish government to fulfil its requirements under European law.”

He added, “These tools will be state of the art for such tasks and have widespread implications for the protection of habitats in Ireland and throughout the world.”

Dr Oisín Boydell, Principal Data Scientist, CeADAR, said, “The research will be focused on the development of habitat mapping models based on deep learning, which is a subset of Machine Learning, inspired by how information is processed in biological systems. The success of deep learning in other domains, such as speech recognition and medical imaging, has motivated the remote sensing community to apply it to image classification problems.”

Dr Sara Perez Carabaza has moved from Spain for a three-year Research Fellowship in the UCD School of Computer Science to apply her expertise to the project and is working closely with ProvEye and CeADAR. She has a background in Artificial Intelligence for UAV, or drones, path planning as well as in deep learning for computer vision. The data for this project has originated from the EPA funded project iHabiMap.

The project has been co-funded by Enterprise Ireland and the European Union’s Horizon 2020 research and innovation programme under the Marie Skłodowska-Curie grant agreement.