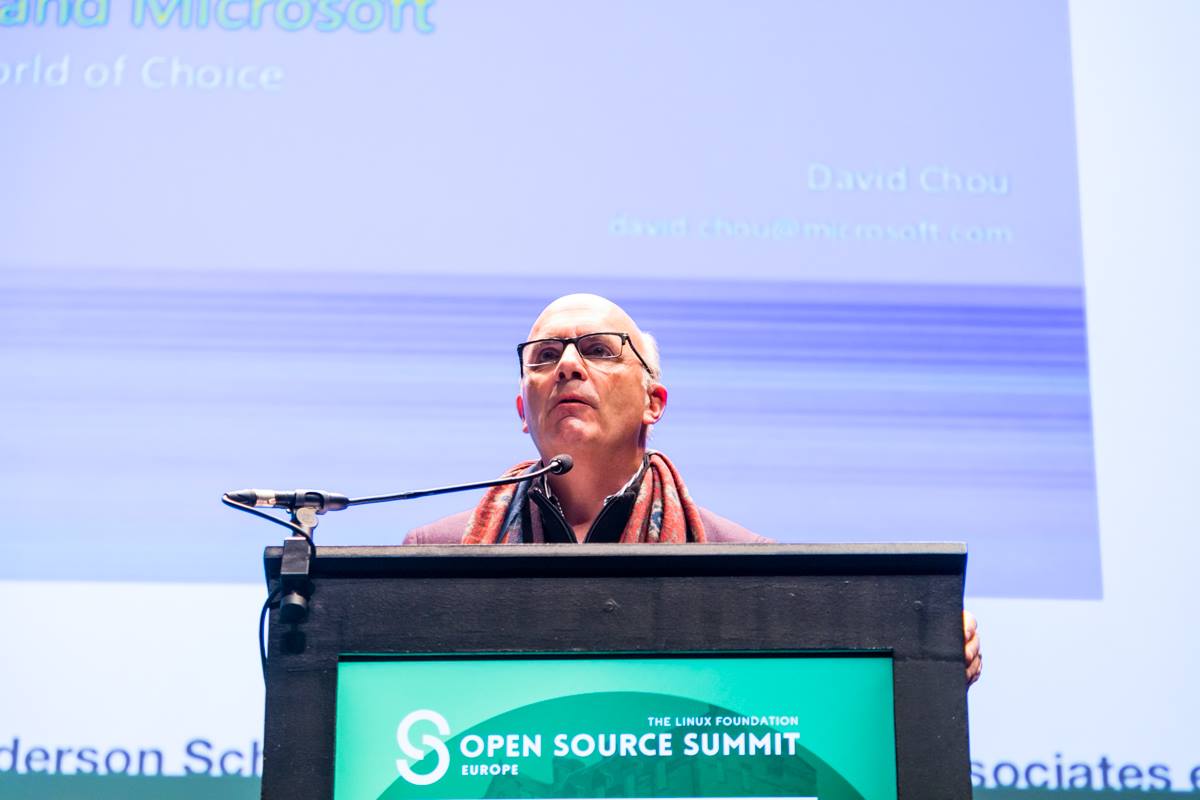 Just before The Linux Foundation’s recent OSSummit Europe Microsoft announced that it was officially joining the Open Invention Network (OIN) and was bringing with it its portfolio of over 60,000 patents. Microsoft’s reason behind this decision was to benefit Linux and other open source technologies. This major move was unexpected as historically Microsoft’s relationship with the open source community had been a divisive and turbulent one.

However, Keith Bergelt, CEO of OIN and Jim Zemlin, Executive Director of The Linux Foundation welcomed this decision. I had the opportunity of speaking with Keith Bergelt and discovered more about OIN and the impact of Microsoft’s announcement on open source technologies. He brought me up to speed about the background and formation of his organization.

“OIN was conceptualized about 15 years ago largely in response to some activities that Microsoft was involved in. Microsoft funded litigation by a company called SCO against Red Hat, IBM and Suse. While these three companies were sued for violations of copyrights, the litigation triggered a concern around broader IP risks.

There was a belief that patents could be used to slow or stall the progress of Linux. The rhetoric from Balmer and Gates historically had been very negative about Linux being a ‘cancer’ and that it would be eradicated. It was for hobbyists. It would never be used for mission-critical applications. It wouldn’t scale. All the things ironically that IBM said against personal computing 20/25 years before. It was eerily similar. It’s what happens when you control the market and can’t make sense of what you see so you retreat to fear, you retrench to control.”

“OIN was formed when IBM, Red Hat, Novell, Sony, NEC and Phillips got together. They paid in $20,000,000 each. They did something very paternalistic, very uncharacteristic for any industry. They supported the acquisition of patents that would enable Linux and open source in key technology areas. And we (OIN) spent $100,000,000 buying patents subsequent to the founding. They also created a cross-license where anyone who wanted to participate, could get free access to the $100,000,000 in patents that we own.

Then they agreed that they would cross-license each other on everything. That was part of what we would consider the Linux system, which is core Linux functionality. In the beginning it was the kernel and 1,100 packages and it expanded out to three times that, as new projects came online. The whole idea was not to allow innovation to be gated by someone who had patents and wanted to charge a tax or control the common core technology.”

“OIN is not just about cross-licenses. In fact, I would say cross licenses are tools to get to the adoption and the embodiment of a set of norms around how we participate in an open source world when there are patents. If we want to maintain patents what’s the appropriate behavior?

Well, we don’t lie in wait, set up toll booths and sue each other on core technology because that will slow everything down.

Microsoft joining is precipitated by the fact that they recognize their interdependence. They recognize that their ability to survive in the market and to get access to core technology, to retain the best coders in the world depends upon them behaving in a way which is socially acceptable. It’s an evolution. The inevitability of open source means that you start doing certain things and participate in projects.

And so I’d say that this is transformational in terms of how we invent. It’s transformational about how large companies have to manage and it’s not just on patenting, it’s pretty much everything across the board.”

Listening to Keith gave me a better understanding of how The Linux Foundation through their many open source projects are leading the way in innovation and the development of new products and services. With the costly legal and time-consuming issues of patents and licenses being minimized through the participation of Microsoft in OIN, duplication of time and effort as well as silos can now be eliminated. Collaboration and diversity will hopefully become more inclusive, democratic, and innovative in the technology industry globally.