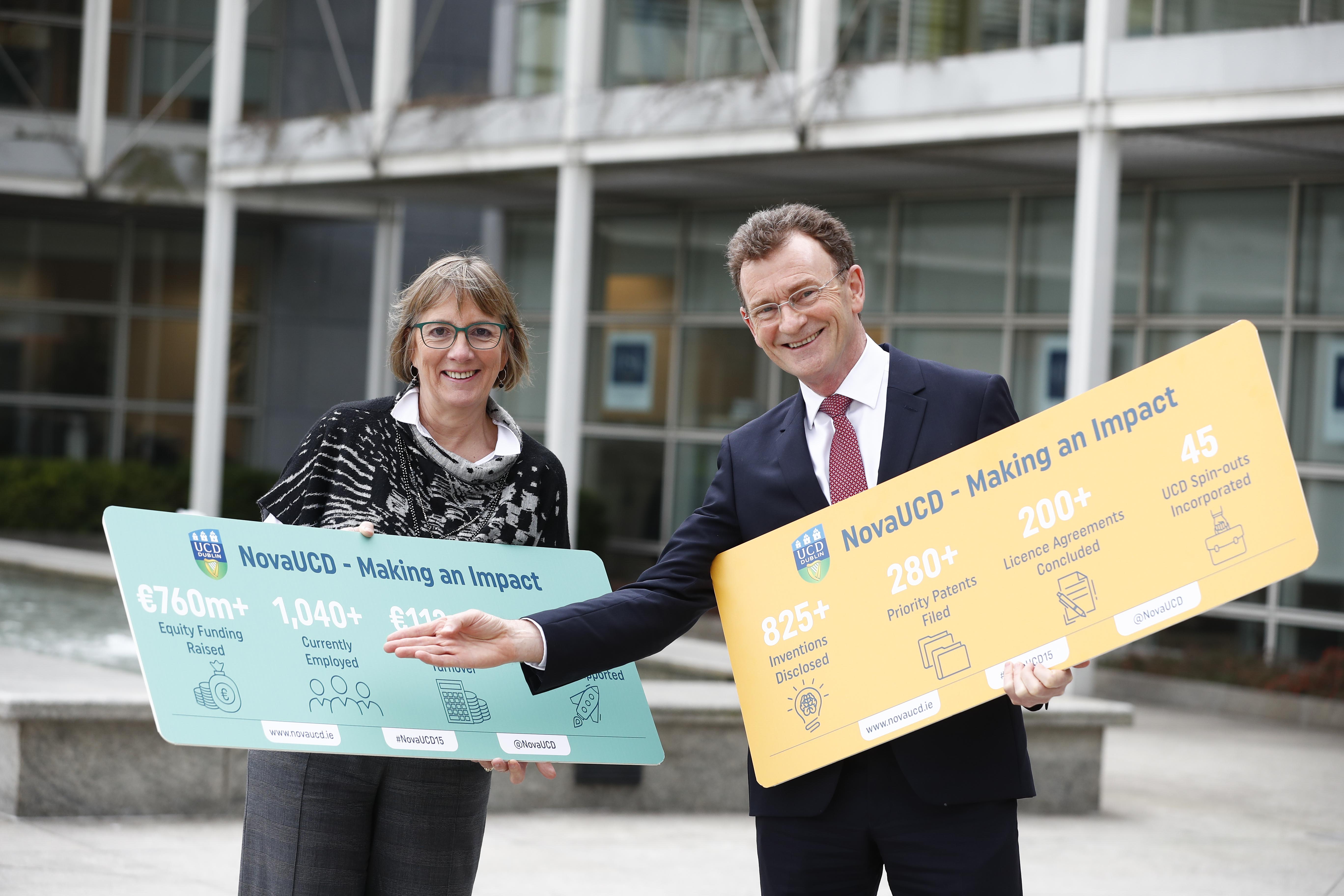 Companies currently employ over 1,040 staff and have an annual turnover in excess of €113 million

University College Dublin (UCD) today announced the results of its latest survey of companies supported through NovaUCD, the University’s Centre for New Ventures and Entrepreneurs since it opened 15 years ago.

UCD has supported over 360 companies and early-stage ventures through the services and supports provided by NovaUCD. The combined annual turnover of the companies surveyed amounted to over €113 million in 2018 and collectively they currently employ over 1,040 people directly, more than 950 of whom are based in Ireland.

The supported companies which operate in sectors including; AgTech, CleanTech, FinTech, ICT, MedTech, and Life Sciences, have raised over €760 million in equity funding.

At NovaUCD new high-tech and knowledge-intensive, start-up companies are nurtured and supported to enable them to develop, scale and create jobs. Early-stage ventures have additionally completed programmes run by NovaUCD, such as the UCD VentureLaunch Accelerator Programme (and its predecessor the Campus Company Development Programme) and the UCD Start-Up Stars Programme.

UCD’s technology transfer team, which is responsible for the commercialisation of the intellectual property emerging from UCD’s world-class research programmes, is also based at NovaUCD.

Since 2003, 45 new UCD spin-out companies have been incorporated; over 825 inventions have been disclosed by UCD researchers; over 280 priority patent applications have been filed and more than 200 licensing deals have been concluded with a range of indigenous and international businesses such as Amdocs, Amryt and Glanbia.

Kevin Cooney, Senior Vice-President and Chief Information Officer, Xilinx and Managing Director, Xilinx, EMEA, one of the NovaUCD sponsors said, “Having been involved with NovaUCD since it opened, I am delighted to see its impact through the 15-year results announced today. These results clearly demonstrate UCD’s leadership role in supporting entrepreneurial and knowledge transfer activities within the HEI sector in Ireland. I now look forward to NovaUCD’s impact continuing to grow from strength to strength in the years ahead.”

Professor Orla Feely, UCD Vice-President for Research, Innovation, and Impact said, “University College Dublin is committed to playing a key role in Ireland’s innovation ecosystem as an enabler of economic growth and as a contributor to economic and social development. At UCD NovaUCD is responsible for the commercialisation of our research outputs, supporting start-ups and more established companies to scale globally and create jobs, and today’s results clearly demonstrate its success and impact over the last 15 years.”

Last August UCD announced a €6.5 million development project to renovate and extend NovaUCD’s east courtyard. When completed this Summer NovaUCD’s capacity to house start-up companies will increase by over 50%.

Tom Flanagan, UCD Director of Enterprise and Commercialisation said, “We are very proud of the achievements of our companies and look forward to building on the successful formula for enterprise development and commercialisation that we have developed at NovaUCD. We can do even more when the expansion of our facilities is completed later this year.”

Using a multiplier of 2 would indicate that NovaUCD supported companies support approximately 2,100 jobs in total, some 1,040 jobs indirectly in addition to the over 1,040 direct jobs.