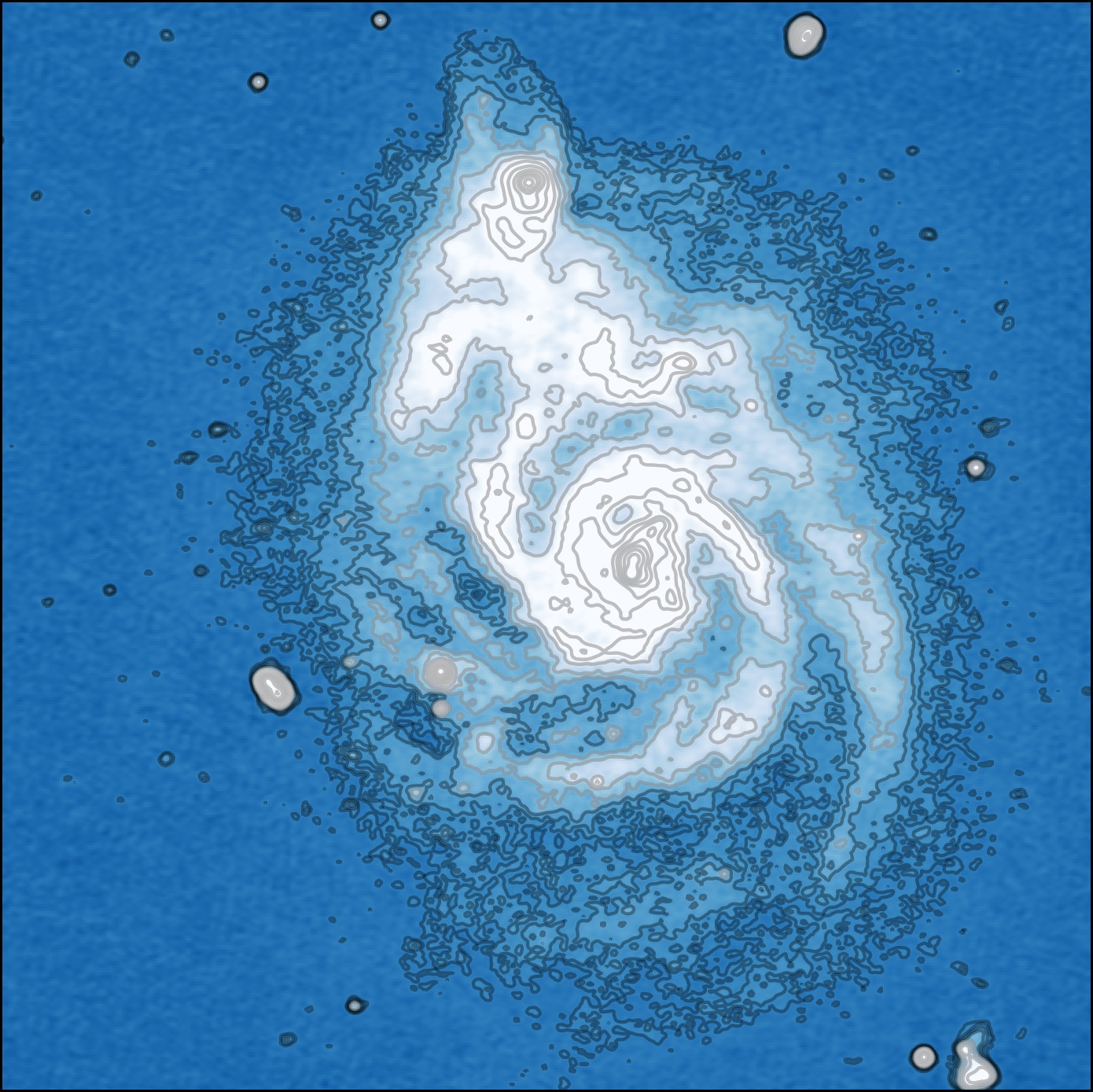 An international team of more than 200 astronomers from 18 countries, including researchers from University College Dublin (UCD), has today published the first phase of a major new sky survey at unprecedented sensitivity using the Low-Frequency Array (LOFAR) telescope.

The survey reveals hundreds of thousands of previously undetected galaxies, shedding new light on many research areas including the physics of black holes and how clusters of galaxies evolve.

A special issue of the scientific journal Astronomy & Astrophysics is dedicated to the first twenty-six research papers describing the survey and its first results.

Radio astronomy reveals processes in the Universe that we cannot see with optical instruments. In this first part of the sky survey, LOFAR observed a quarter of the northern hemisphere at low radio frequencies. At this point, approximately ten percent of that data is now being made public. It maps three hundred thousand sources, almost all of which are galaxies in the distant Universe; their radio signals have traveled billions of light years before reaching Earth.

Associate Professor John Quinn, UCD School of Physics and his PhD student, Sean Mooney, who is supported through an Irish Research Council Government of Ireland Postgraduate Scholarship, are members of the LOFAR surveys key science project.

They are lead authors on one of the papers published today and contributed to several others. Their paper is focused on the jets from supermassive black holes that are pointed towards the Earth.

Professor Huub Röttgering, Leiden University, and principal investigator of the surveys team said, “If we take a radio telescope and we look up at the sky, we see mainly emission from the immediate environment of massive black holes. With LOFAR we hope to answer the fascinating question: where do those black holes come from?”

“What we do know is that black holes are pretty messy eaters. When gas falls onto them they emit jets of material that can be seen at radio wavelengths.”

Associate Professor John Quinn, UCD School of Physics said, “The LOFAR survey provides us with an unprecedented view of galaxies with supermassive black holes at their centers, and how they evolve. The sensitivity and resolution of this LOFAR survey is unparalleled at low frequencies, and the technological advancements required to make this possible are relatively recent.”

Sean Mooney, PhD student, UCD School of Physics said, “We’re interested in studying high-speed jets of plasma that are ejected from supermassive black holes, and the survey is a goldmine of information for us. Now that the data are public, it will surely prove to be a useful resource for many other astrophysicists around the world also.”

Creating low-frequency radio sky maps requires significant computational resources. Much of the analysis has been done at a data centre at SURFsara in Amsterdam, which hosts over 20,000 terabytes of LOFAR data.

“It is the largest astronomical data collection in the world. Processing the enormous data sets is a huge challenge for scientists. What normally would have taken centuries on a regular computer was processed in less than one year using the high throughput compute cluster (Grid) and expertise”, said Dr Raymond Oonk, SURFsara, a member of the international team of researchers.

Machine learning algorithms are being used to automate parts of the analysis, with some of this work being done at UCD on powerful computing clusters.

The international LOFAR telescope consists of a European network of radio antennas, connected by a high-speed fiber-optic network spanning seven countries. LOFAR was designed, built and is now operated by ASTRON (Netherlands Institute for Radio Astronomy), with its core located in Exloo in the Netherlands.

The Irish station was installed in the grounds of Birr Castle, Co. Offaly in 2017, with support from Science Foundation Ireland, Enterprise Ireland, the Department of Business, Enterprise, and Innovation, Offaly County Council, the Department of Culture, Heritage, and Gaeltacht, UCD, TCD, Armagh Observatory, DCU, UCC, NUIG, DIAS, and AIT.

The 26 research papers in the special issue of Astronomy & Astrophysics were done with only the first two percent of the sky survey. The team aims to make sensitive high-resolution images of the whole northern sky, which will reveal 15 million radio sources in total.

“This sky map will be a wonderful scientific legacy for the future. It is a testimony to the designers of LOFAR that this telescope performs so well”, said Carole Jackson, Director General of ASTRON.

“Just imagine some of the discoveries we may make along the way. I certainly look forward to it”, she added.

The special issue of Astronomy & Astrophysics is titled LOFAR Surveys and is detailed here.